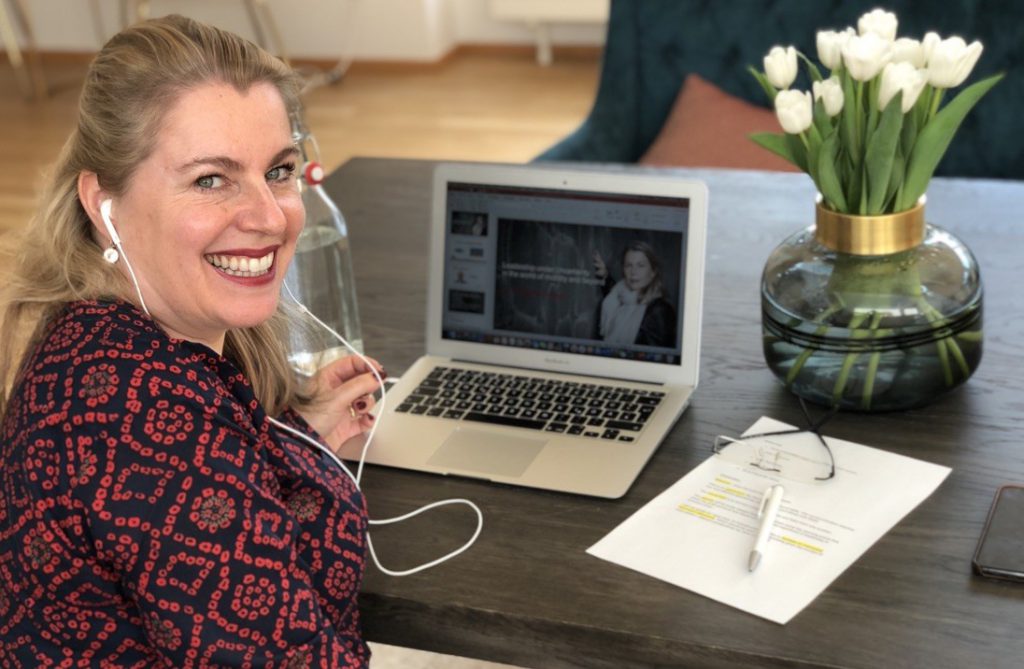 Deeply concerned about the current situation, but at the same time inspired by the level of motivation, solidarity and energy that China has demonstrated to the world over the past few weeks, I spontaneously decided a few days ago that I would start my own experiment. The idea was to gather a selected group of automotive leaders, as well as scientists and thought leaders from all around the globe, and to start what the Chinese call a “ripple effect” – that key element of Chinese business and “Sinogility” described in my recent book.

The overall purpose of this impromptu initiative was twofold:

–       To discuss the importance as well as challenges of leadership in times of crisis, in the world of mobility and beyond, but also

–       To start an experiment and raise a collective voice internationally, in order to

o   Encourage and motivate people by exploring how the current crisis situation can also be taken as a chance to learn, to improve, to experiment and to take decisions in a quicker and more efficient way than was possible before. For all the automotive leaders out there, now may be the moment to build better relationships with their team members and stakeholders than ever before.

o   Facilitate new forms of cooperation – on a horizontal as well as vertical level. The world is changing faster than ever before, and will continue to do so. Globalisation as we have known it up until now will need to change, shifting from being defined primarily in a material sense towards a stronger conceptualisation around the globalisation of knowledge and thought leadership. Virtual meetings will become a new normal.  New forms and forums of cooperation must and will evolve, with international leaders gathering online, learning from one another and creating new momentum.

o   Provide new perspectives and ideas by sharing and learning from one another in an international context that affords leaders a chance to “breathe”, resense and rethink their assumptions by opening a window that looks beyond the confines of traditional strategic and leadership paradigms.

For me personally, the most beautiful outcome of the experiment was to see and feel:

–       solidarity amongst all leaders, as well as an openness and preparedness to learn from one another

–       the recognition of the importance of taking a few minutes to breathe, pause and reflect, as an individual as well as a group

–       a strong and shared belief that the world will ultimately change into a better one once we have all overcome the current challenges.

Thought leadership will gain even more importance in future. Great leaders will be less concerned about the “what”, and hopefully more about the “how” (i.e. their respective leadership styles and their qualities as a leader) and even more so about the “why”.

Concern with acting according to the prevalent norm will need to cede some ground to an approach that prepares for the uncertainty of the future, as well as the related risks. Great leaders will continue to create context for their team members to strive, while providing clarity, generating energy and driving the business. But what is new for many, and comes on top of our “known” leadership challenges, are the short-term challenges which result from the current situation of crisis, and even more importantly a whole new level of thought consideration and masterplanning that we decided to call “preparedness for the future”.

The current crisis should be seen as a wake-up call. Whether we are discussing governmental or business leadership, there are few role models out there who have understood and internalised the need to develop and get prepared for the future. This is what we should all do, and continuing to implement the “ripple effect” is one way forward.

Yesterday’s round table was an experiment – one that we will repeat and grow. Virtually, internationally and probably not only in the ever changing world of mobility, but extending to sectors beyond. If you are interested in applying thought leadership not only to how we get through the current crisis in the best possible way, but also to how we use this situation as an opportunity to learn and be better prepared for the future, then reach out or join us.

Further insights into China’s distinctive approach to change and future planning are contained in my e-book “In the Year of the Tiger – Why it is not too late to learn from China” https://amzn.to/36VQ5D5. Coronavirus was not on any of our horizons when I wrote it a few months ago, however the opportunity for international leaders to learn from Chinese example and to change was already apparent.