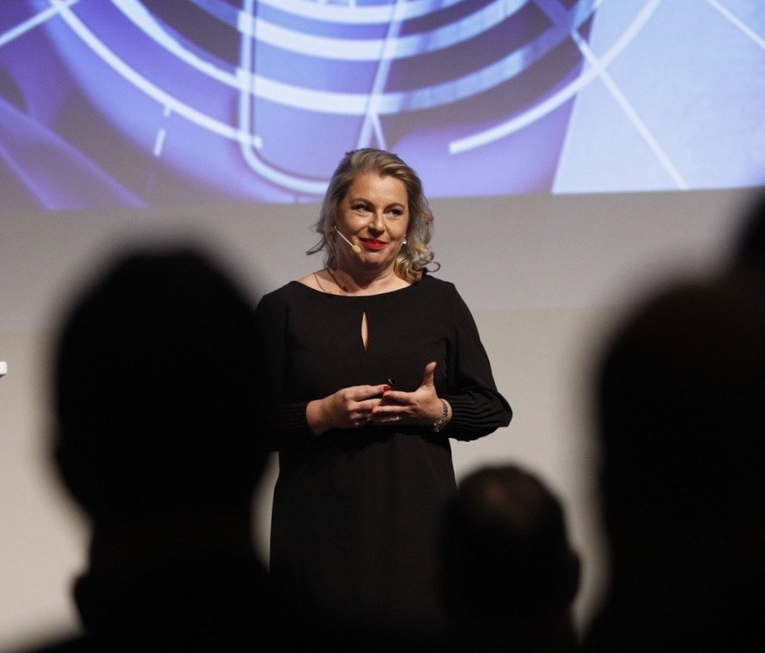 Sinogility – the role of public speaking

How many times can you make a stone skip when you stand on a lakeshore and skim a flat stone over the surface of the water? Probably more than me, because I’ve always found it more exciting to stand barefoot on the shore, to throw a stone at the calm surface and then to see how the waves spread out across the water and observe what develops from them.

Maybe that’s why I was immediately so fascinated by one of hallmarks of the innovative power of Chinese start-ups: the ripple effect. And for me, this ripple effect is the reason to make my ideas public, not only as an author and advisor, but now also as a keynote speaker.

My book was the proof of concept of my thoughts on Sinogility. Public speaking and keynotes are now my next natural step, the next circle spreading out in the water: the stone that I launched with my book into the waters of “Europe & its innovative power” sent out more waves – and in more directions –  than I had expected, confirming to me how urgent it is that we Europeans learn from Chinese innovation in order to be able to survive and thrive in future. And also: how important it is to approach this task positively.

As concerning as the news from China around Chinese New Year has been, it has also highlighted the impressive power and purpose with which China takes on huge challenges  A positive voice on China therefore seems even more relevant at this current time, especially as I am convinced that China’s economy will emerge stronger than before from the Coronavirus outbreak. We Europeans can only be amazed at the dynamism that the country has manifestly shown in its response to the crisis since recognising the disease as a threat. For me, this dynamism is one more example of the innovative strength that I understand as Sinogility.

This rapid dynamic also runs like a thread through the country’s start-up culture. While in Europe it can sometimes feel like change is accepted only more or less grudgingly, in China change is not only tolerated but expected.

This has much to do with how the Chinese work with the ripple effect. They tend not to hesitate for long over a new commercial initiative, preferring instead to throw a stone into the water early on and then watch very carefully how and where the rings spread: Where does which wave meet what else? Do the waves meet other circles? Are productive connections   generated? How do the different circles shape and influence each other?

The relationship between my book and my keynote talks is an example of this ripple effect in action, as I expand my ideas of Sinogility for Europe from the printed page in order to bring them closer to you, with a tailored message that will inspire your organisation and leadership team. Large or small, established or start-up, my talks are for all companies who recognise that it is still not too late to learn from China, whether it’s how to jump-start your own innovation, advice on making productive connections within China – or simply how and where to cast your next stone into the water!

Ambitious aspirations and visionary goals are an essential part of the spirit of Chinese start-ups and Sinogility. Ambitious goals set the direction. My goal stems from my experience as a European in the top management team of Chinese start-ups: I like to see myself as a bridge between the two economic worlds, as an ambassador for Chinese start-up values ​​which I am proud to represent in Europe. And it is with the ultimate goal of strengthening Europe’s economic position for the future that I am promoting the spirit of Sinogility – currently with my book and as a keynote speaker, and in future in the role of board advisor.

But who knows? Maybe there will be other steps that will bring me closer to my goal in the future? Today it is the keynote, but perhaps next year another way of engaging will be the right one for the new situation. Because that is what Sinogility is all about; dynamic implementation is needed on the way to visionary goals.

For today, the keynote is my means and I am thrilled to be able to use it to bring new positive momentum for your journey.